We're getting into a steady release rhythm. We just pushed 5.0.alpha3 out the door with following improvements:
Download here.
Onward to the next!
Posted by Tom Baeyens No comments:

Alfresco knows that Open Source and standards is a rock solid combination. We (Alfresco) are a driving force behind the CMIS standard for ECM systems. Two months ago, we were the first ECM tool to deliver on CMIS compliancy.
So when Alfresco launched it's BPM initiative Activiti as Apache license and mentions a focus on BPMN 2.0, those is not a hollow words. We're very committed to BPMN 2.0. In fact, we're aiming to build the #1 BPMN 2.0 process engine and deliver the full BPM Suite components, all available as open source.
Historically, BPMN only targeted the notation and BPML was intended as the language and file format. BPML was already deprecated long ago in favour of BPEL. But now more recently BPMN itself included the executable semantics and a file format. And we believe that in some specific cases, the convenience for developers were overlooked.
The Activiti mission statement goes like this:

In the past, we've built up experience in building an executable process language that also takes into account the developer needs. Given our background and current mission, we believe there is a role for us to play in the BPMN 2.0 committee. Luckily we made it in time to join the RTF from the start.
The business aspects are covered in great depth already. But our focus on the developer is quite unique. That is exactly what we want to contribute to the BPMN 2.0. Making sure that BPMN is convenient for both business people and developers.
Posted by Tom Baeyens No comments:

Mimacom just joined the Activiti project. It shows that consolidation is really happening around Activiti. A steady stream of companies is joining with the common goal of building the #1 BPM System for BPMN 2.0.

We are very excited because Mimacom brings in this mix a vast amount of expertise on building the Edorasware process engine. That core process engine knowledge and Mimacom's serous commitment to participate will result in a significant acceleration of Activiti's progress.
I enjoyed the discussions we had so far and look forward to more of those starting next week in Stuttgart.
Micha, Agim, Christian and Stefan are a great addition to the team. Welcome, guys!
Posted by Tom Baeyens No comments: 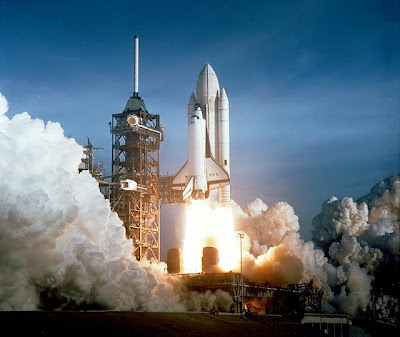 After SpringSource, Camunda, Signavio and Next Level Integration, even more companies are joining the Activiti community. The snowball keeps rolling!
Next week thursday and friday we're going to kick off the Activiti community officially in Stuttgart, Germany. July 1st and 2nd, we'll be meeting up to bring out a toast and plan the roadmap more concrete between now and the 5.0 GA release in November. Looking forward to it!
If you're interested to meet up with the whole Activiti team over there, this is your chance. Send a mail to myfirstname at alfresco dot com.
Posted by Tom Baeyens 1 comment:

Last week, I gave the very first presentation at the B2B by practice summit in Koln, Germany. Next level integration organized this event and they are also a member of the Activiti community. Here are the slides:

Keeping A BPM System In Tune

In very specific cases, a single person can cope with many distinct responsibilities. 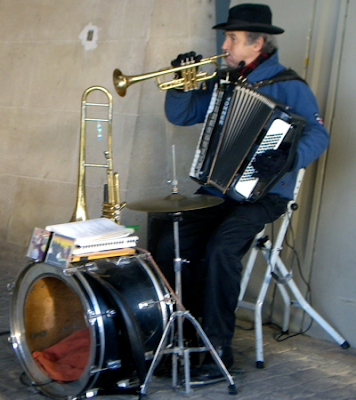 But in general, it's easy to get out of tune that way and it's better to split up responsibilities in manageable pieces. The same goes for Business Process Management (BPM) tools. There are 2 very distinct aspects that are often mixed up. Especially traditional BPM solutions I believe are pretty bad at making the distinction between BPM as a management discipline and BPM as software engineering.
Keith Swenson already long time ago made a distinction between these aspects in BPM is not software engineering. In my opinion, these are 2 distinct aspects that are both valuable and they should not be mixed up. BPM as a management discipline can be practiced without the intention of automating them. Likewise, BPM as software engineering can be the most convenient technology way for a developer to implement certain technical requirements that don't have a meaning on a business level collaboration. Of course, the combination of both makes sense as well.
At Activiti, we don't want to end up with a single monolithic BPM System that takes on too much responsibilities and hence only becomes usable for specific nich cases. We clearly acknowledge the different nature of BPM as a management discipline and BPM as software engineering.

http://activiti.org/faq.html#WhatIsBpm
BPM as a management discipline is the responsibility of every strategic executive manager. It's to ensure that the organization performs well in their core business processes. This involves understanding what values the organization delivers and how those are achieved. This means analyzing, documenting and improving the way that people and systems work together. As part of that work, it's useful to work with models and diagrams. BPMN diagrams express the execution flow of the steps to accomplish a certain goal. Important to note that these models are used for people to people communication. They can be underspecified, which means that they can contain valuable high level information without including unnecessary details. Such underspecified process models are also known as abstract business processes.
BPM as software engineering means that executable business processes will be executed by a BPM System (BPMS). Executable business processes are based on a diagram that represents the different steps in an execution flow. The diagram can actually look exactly the same as the abstract business process. But executable business processes are different in some very fundamental ways. First of all they need more technical details. That part is generally accepted.
[read more...]

Next week thursday, I'll be doing a first public talk on Activiti at the B2B by Practice summit in Cologne. That's an excellent occasion to find out about Activiti, the vision, the roadmap and more. Hope to see you there!
Posted by Tom Baeyens 1 comment:

Activiti on steroids! Only 18 days after launching our brand new BPM Suite, we have another release ready for you. This release includes:
Too bad I can't show the dynamic effects of the user task forms in this screenshot. But check it out for yourself. With the automatic setup scripts, it takes you less then a minute to get all this running on your system.

It even work great on my new android phone ;-) Cool! 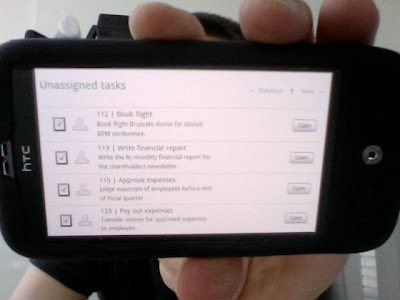 Enjoy!
And let us know what you think.
Posted by Tom Baeyens 3 comments: