Coding While Asleep Can Be A Good Thing

With high hopes I started reading Sleepcoding's Activiti ‘Hello world’ on play!. Almost through the post and no mention of his impressions about Activiti. But then, at the end, my patience was finally rewarded:

I said all i can about play’s plugin system in the previous post, it is great. But since it was about initializing activiti i didn’t say anything about it. AFAICT, it is one of the few libraries/frameworks that delivers what it advertises. It is light-weight, fast and simple. They say a BPM engine should be working in every Java environment, and this ‘helloworld’ is one example. API is clean, well documented and easy to work with. As a developer who correlates BPM engines to application servers that cannot start in under a minute, i am really pleased with what i was able to achieve. Overall experience with activiti is simply great.

*That* is the fuel that keeps us open source developers going! Thanks, Mr Sleepcoder!
Posted by Tom Baeyens 3 comments:

Since Activiti went GA on December 1st last year, we've been getting a lot of requests from people that want to migrate from jBPM to Activiti. [piece removed, see (*) in the comments]

When we started Activiti, we didn't plan any of those migrations as that would take a big chunk of our development resources. Converting jBPM's jPDL process xml files is only one piece of the puzzle. Migrating the runtime database data to a newer version of jBPM or to Activiti is the biggest challenge.

But Activiti progress has been faster then expected due to the overwhelming contributions by the community. Those were far beyond our expectations and hence we've been able to execute our roadmap faster then expected. As a result of our good progress and the demand expressed by our community, we are now able to revisit the choice of building migration from jBPM to Activiti. 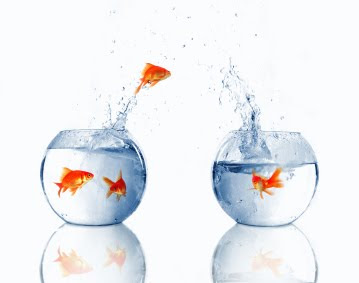 This iteration, we'll start building jBPM 3 to Activiti migration in the community project including runtime database, history database and process definition migration. In the Activiti 5.2 release, planned for February 1st --less then 3 weeks from now--, you can expect the first drop of migration functionality. Though it will be hard to achieve 100% coverage, we hope that in subsequent releases of the migration, we'll be able to convert most jBPM 3 installations automatically. And for those aspects that we can't cover in a generic way, we'll provide good reports and hooks so that developers can customize the migration to deal with their specific situation.
Posted by Tom Baeyens 5 comments:

The highlights for the 5.1 Activiti release:
Activiti KickStart is a new component for which I want to share this quick introduction. It makes building process solutions as easy as 1, 2, 3 for non technical business people. In essence, Activiti KickStart allows you to enter the steps as a list of text fields and Activiti

KickStart will create a BPMN process for you based on your input.

In addition, the same simple paradigm also lets you create forms with each step in the process. 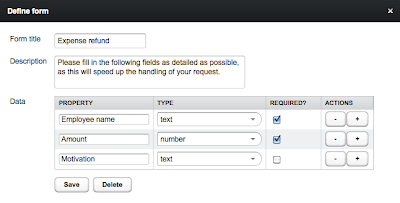 This form, then looks like this in Activiti Explorer